All My Friends Hate Me

Overview
It’s Pete’s birthday and the old gang from college are throwing him a party out in the country. During what’s meant to be a joyful weekend reunion, Pete finds himself increasingly unnerved by his friends’ inside jokes and snarky comments. As the atmosphere goes from awkward to terrifying to downright surreal, Pete is pushed to the breaking point. Is he being paranoid or is he the butt of some elaborate joke?
Reactions, Awards & Festivals
“A birthday-party college reunion gives rise to a hilariously squirmy skewering of thirty something neuroses among Britain’s privileged class”
JESSICA KIANG
VARIETY
“A scary-funny British satire that cringes in horror at the all too familiar sort of affluent, over-educated millennials who are somehow both self-obsessed and deeply ashamed of themselves at the same time”
DAVID EHRLICH
INDIEWIRE
Cast & Crew
Directed By: Andrew Gaynord
Written By: Tom Palmer & Tom Stourton
Pete: Tom Stourton
Sonia: Charly Clive
Fig: Georgina Campbell
Claire: Antonia Clarke
Technical Info
Release Date: TBA 2022
Country: The United Kingdom
Language: English
Runtime: 122 Minutes 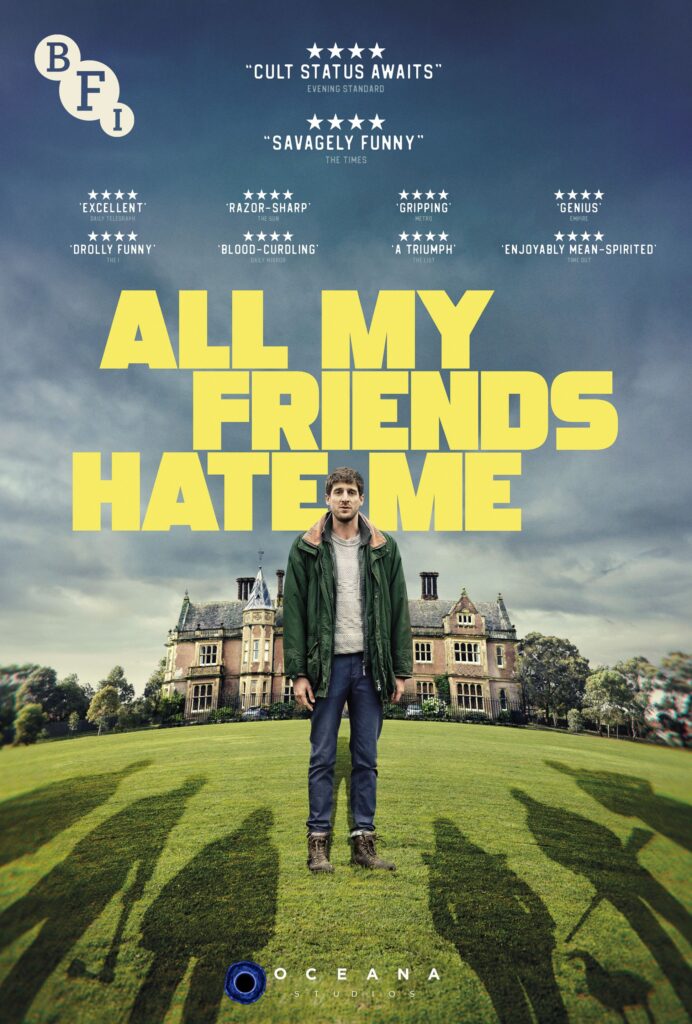